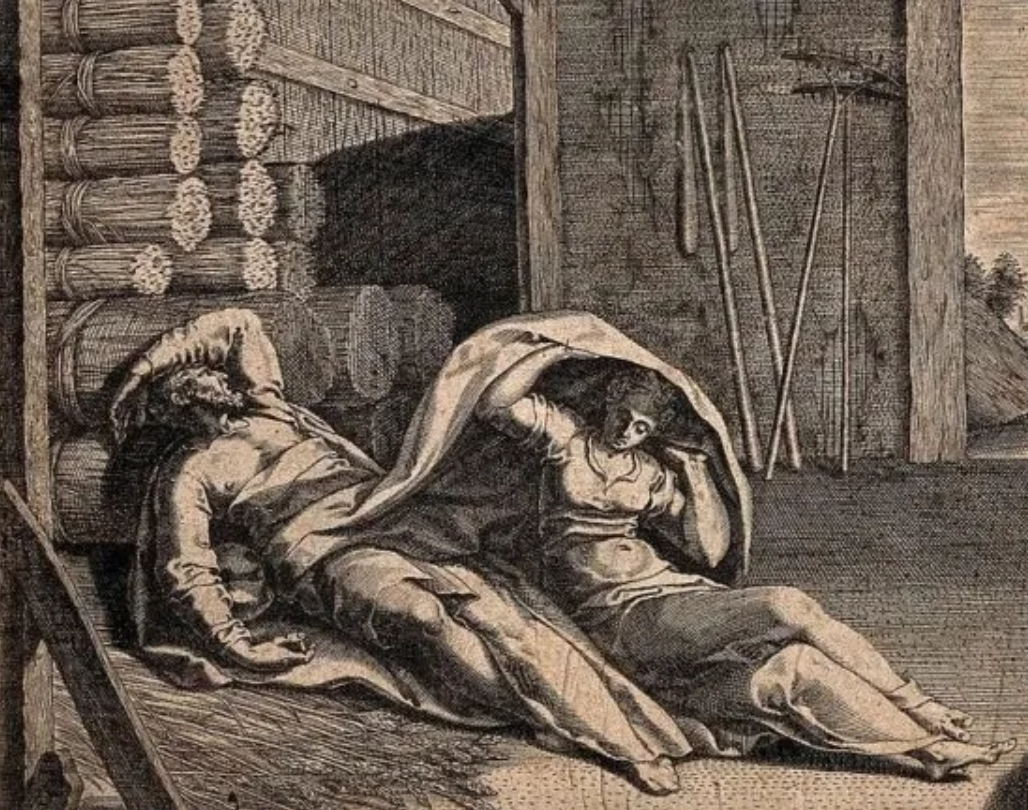 The threshing floor passage in Ruth 3 is one of the oddest parts of the book.

It is a story foreign to us and it seems like it is modeling all the wrong things. In this and the next post, I will make the case that the threshing floor scene is actually relevant to us today because it models a way of living together as men and women that is sexual but not sexually manipulative. In our cultural context where focus on human sexuality is a premium, this is a good message to hear. Revisiting the threshing floor allows us to consider how humanity as sexual beings can relate to one another in redemptive rather than selfish and destructive ways.

To see this, we will walk through a few points:

Let’s begin with the Naomi, the architect of this questionable plan.

Naomi’s intention for the threshing floor

I assume that Naomi’s plan involves a sort of “nudge, nudge, wink, wink, ya’ know what I mean, ya’ know what I mean” element. Said differently, Naomi tells Ruth to “take care of business” without spelling it out in so many words. There is wiggle room in her plan, depending on how Ruth interprets it and how Boaz responds. But the general suggestiveness implies Naomi sees the solution to their problems in a seductive evening. Of course, this is a long and storied solution to all sorts of problems in the Bible—and a solution which brings more problems than solution in its wake. Sexual trickery and manipulation are woven throughout the story of humanity. It would be nothing exceptional if Ruth were to join the club.

As we read Ruth, we should also be attentive to the way that it interacts with the backdrop of the rest of the OT before it. According to the accounts in Scripture, sexual trickery is nothing new. In many ways, Ruth mirrors the patriarchal narratives from Genesis where we see sexual manipulation on display in the life of Abraham, Isaac, Jacob, and Joseph (that is all the main characters of Genesis). Sexual manipulation appears again and again as a normal strategy for how men and women relate to each other to get what they want.

That’s the background against which to read what is happening. Naomi is saying, without clearly saying, that Ruth should go and use her sexuality to take care of business.

And one more point. Naomi’s instructions that Ruth “take a bath and get dressed and put on perfume” (3.3) probably means that she should prepare herself like a bride.[1] Assuming this is correct—and it makes reasonable sense—Naomi aims to present Ruth as a bride to Boaz and “force” a marriage (without forcing a marriage, because she doesn’t have the power to do that). Does Naomi intend for Ruth to treat this night at the threshing floor as the wedding night and act accordingly, or merely just propose marriage?

The meaning of “feet” here

A brief side note is in order on the meaning of “feet” in the passage. The whole “uncover his feet” is odd, but there is more to it that requires some thought. “Feet” occurs in 3.4, 7, and 14.

The word here in the Hebrew, מַרְגְּלֹת margelot, is not the usual Hebrew word for feet. That would be רַגְלַיִם raglayim. Margelot is used only 5 times in the OT. Four of those are here in Ruth: 3.4, 3.7, and 3.14. The other one is in Daniel: Dan 10.6. The way this rare word is formed suggests that it means “(place of the) feet.” Which is the definition given in various scholarly Hebrew dictionaries.[2]

The Septuagint gives some insight into the word. The Septuagint is the Greek translation of the Hebrew OT from before the time of the NT. In each occurrence in Ruth, the Septuagint translates margelot as “the things before his feet” τὰ πρὸς ποδῶν αὐτοῦ (3.4, 7) and “before his feet” πρὸς ποδῶν αὐτοῦ (3.14). In the occurrence in Daniel, the Septuagint translates margelot simply as “the feet” οἱ πόδες. The Greek word used in all these translations most basically means foot, but can also refer to the leg + foot, which may be more the point in the passage in Daniel.

So how does talk of “feet” fit here? As one commentator succinctly puts it:

Hebrew uses lots of colorful idioms, and one is that “feet” can refer to genitals. While the word “feet” here most likely means “place of the feet” as opposed to “feet/leg,” the context of Ruth 3 is charged with sexual overtones: the threshing floor is associated with activities of prostitutes elsewhere in the OT and several of the words in close context here—uncover, lay down—can mean having sex.

The picture which emerges is that Naomi encourages Ruth to use her sexuality to get things done. What exactly Ruth would do is dependent on Boaz’s response, but the logical implications of what could happen are clear.

Summary and next steps: what will happen at the threshing floor?

Summarizing up to this point.

This is the backdrop for what happens at the threshing floor. In the next post, I will argue that Ruth and Boaz’s actions in this situation should be seen as redemptive. They act nobly in the sexually charged atmosphere, opening up the possibility of men and women relating to each other as sexual beings but not through means of sexual trickery to get what they want and need. This message is one that is sorely needed today, and worthwhile to take the time to think through in the text here.

That is the argument to be made in the next post.

[2] For example, David Clines The Dictionary of Classical Hebrew, volume 5, Hollady’s A Concise Hebrew and Aramaic Lexicon of the Old Testament, and The Brown-Driver-Briggs Hebrew and English Lexicon. These are three standard reference works, with Clines’ being one of the best Hebrew lexicons in existence.